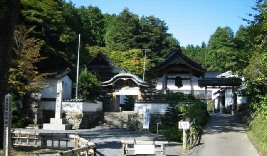 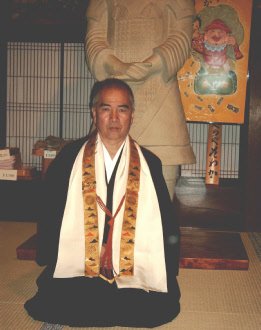 Daishoji Temple has a rank of Special Head temple of Shingon-shu Buddhism (Shingon-syu Bekkaku Honzan, a temple of direct connection to Saga Gosho- Imperial Palace /Daikakuji. Japanese tytle of this temple is Mitera (Imperial Temple). >>Normal temple is called Tera or Otera, but combination with name is --name of temple + ji (Daisho-ji). The temple was build in 739, 1260 years ago, by the direct command of Shomu Tenno (Emperor Shomu), Since then the temple became holy center of mountain Buddhism and Honbu Dojo for Shingon Mikkyo - Secret Doctrine. In this period, there were more than 2000 monks and priests training at the Daishoji Monastery. But around 1578, the war period of Japan, because of several fires, original buildings were completely burnt down. So, Lord Mori Sadamasa reconstructed the present buildings in the period of 1604 - 1606.

Location:
Daishoji Temple is located in Mimasaka, between Hyogo and Okayama. At the top of Eryusan (wise dragon mountain 400 meter) National Park.

Temple of Flowers:
Specially the period of June and July, more than 5,000 Ajisai bushes (Hotensie) bloom and attract hundreds of visitors every day.